Last year, in these columns, I wrote about the many challenges in estimating deaths due to COVID-19 in India. While the challenges remain,… For further reading, visit “The Hindu”. Below is today’s advanced word list-1 for The Hindu Lead Article (Counting the COVID toll in India) – May 18, 2021. 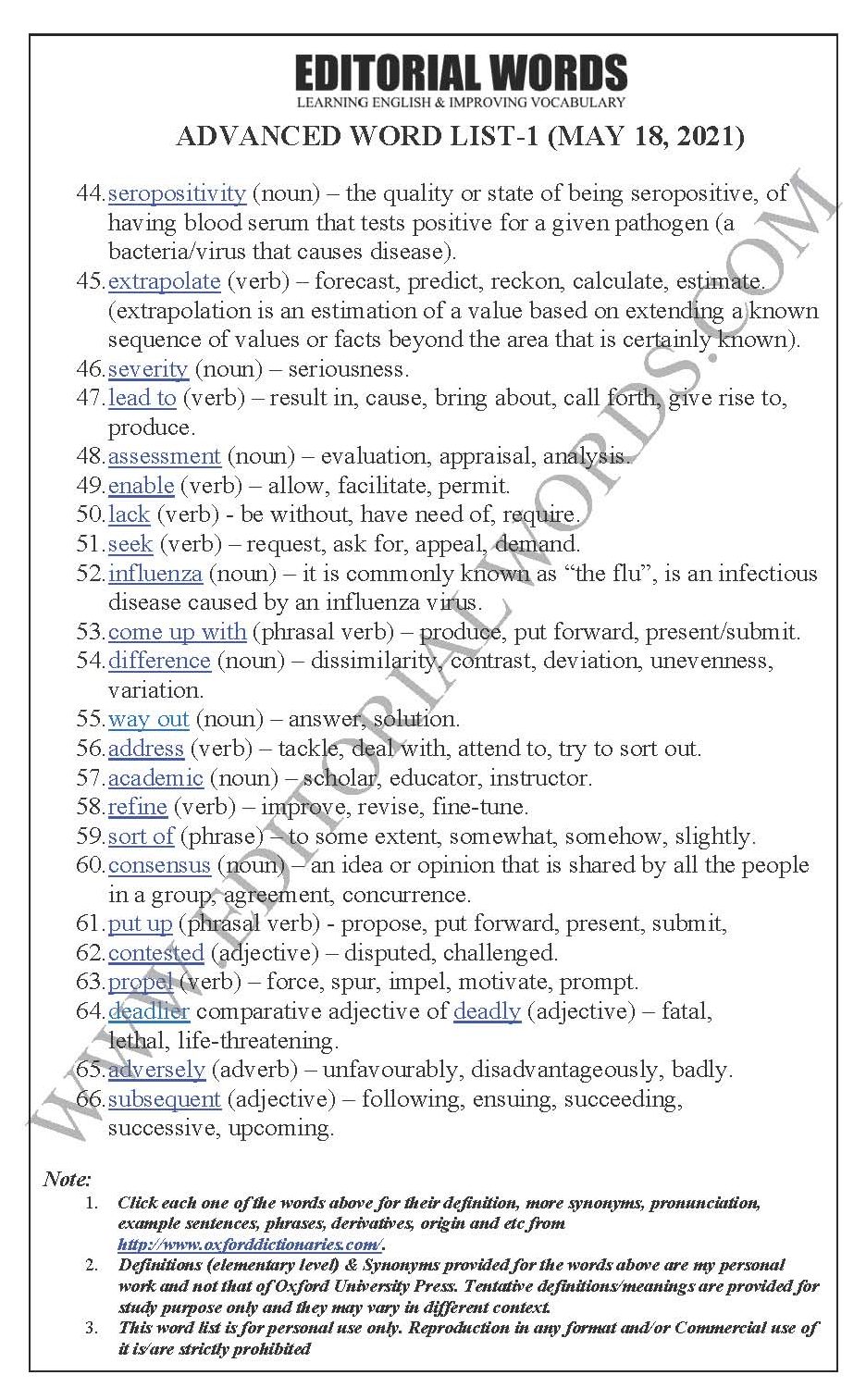