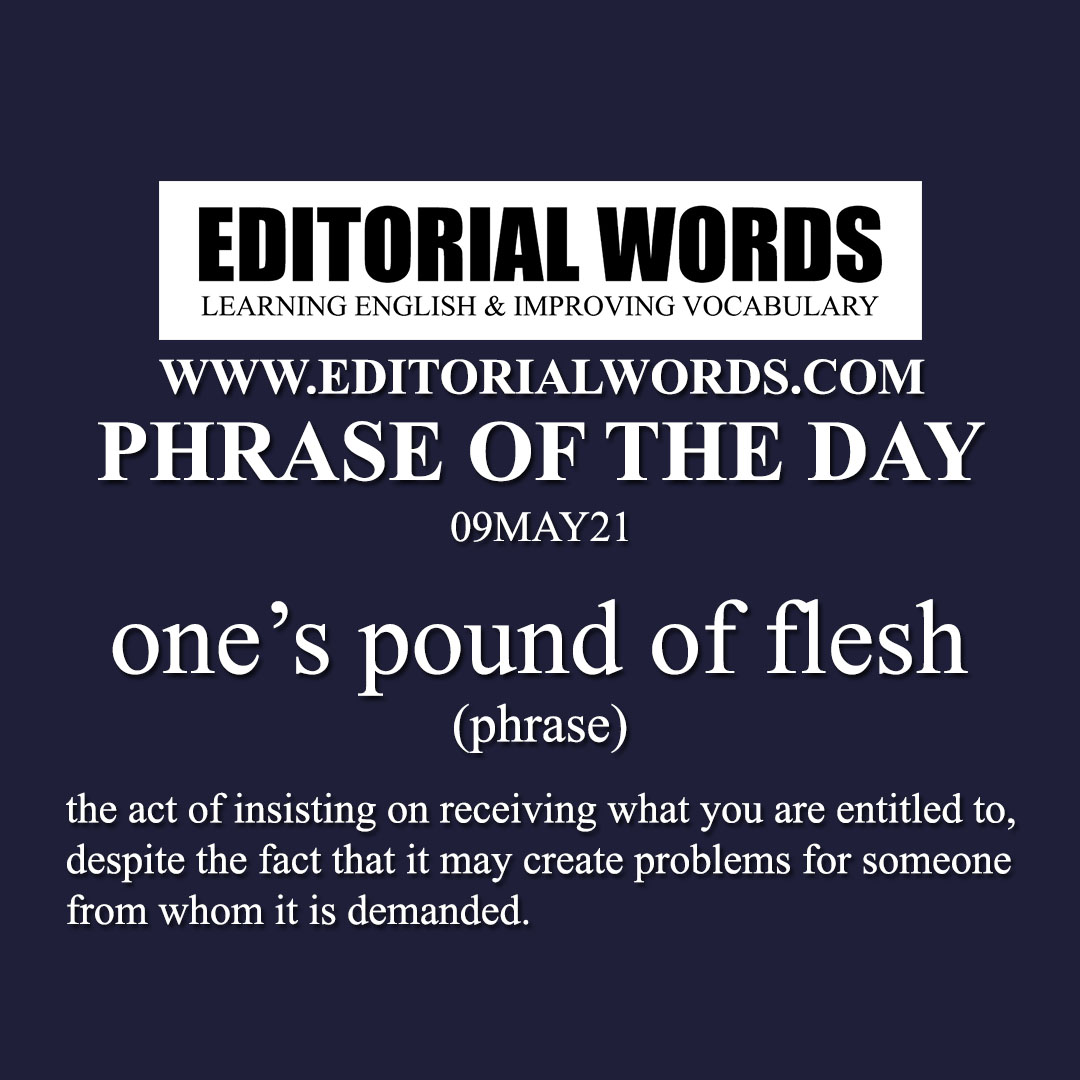 Today’s “Phrase of the Day” is “one’s pound of flesh“ and its meaning is “the act of insisting on receiving what you are entitled to, despite the fact that it may create problems for someone from whom it is demanded”.

Example Sentence: It is seeking its pound of flesh by demanding that its nominee be made the Deputy Chief Minister (in Puducherry). Mr. Rangasamy’s reservations in accommodating this demand are pronounced. The tiny territory has never had such a political post. The early disagreement between the allies has led to a delay in the swearing-in of the Cabinet. But it may not be easy for him to fend off the BJP. This word is present in The Hindu article A difficult union: On All India NR Congress-BJP alliance in Puducherry and click here to read it.