The Third India-U.S. 2+2 Ministerial Dialogue between the Foreign and Defence Ministers of India and the U.S. Secretaries of State and Defence took place in Delhi on October 26-27. For further reading, visit “The Hindu”. Below is today’s advanced word list-1 for The Hindu Lead Article (The shifting trajectory of India’s foreign policy) – Nov 02,2020. 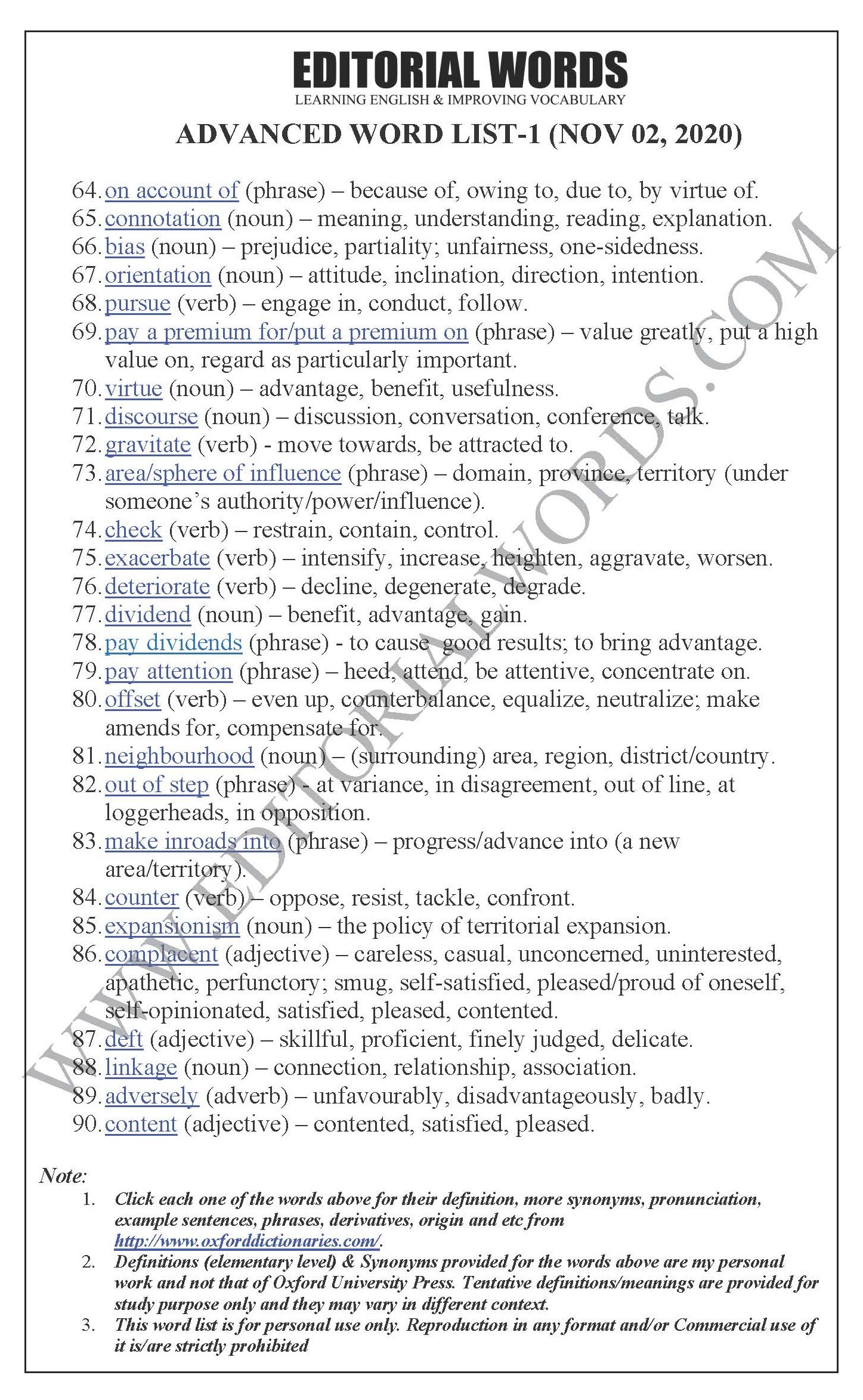