The government is in the process of applying its mind on whether it should extend or lift in phases the 21-day lockdown that ends next week. For further reading, visit “The Hindu”. Below is today’s word list-1 for The Hindu Editorial (Lives and livelihoods) – Apr 11, 2020. 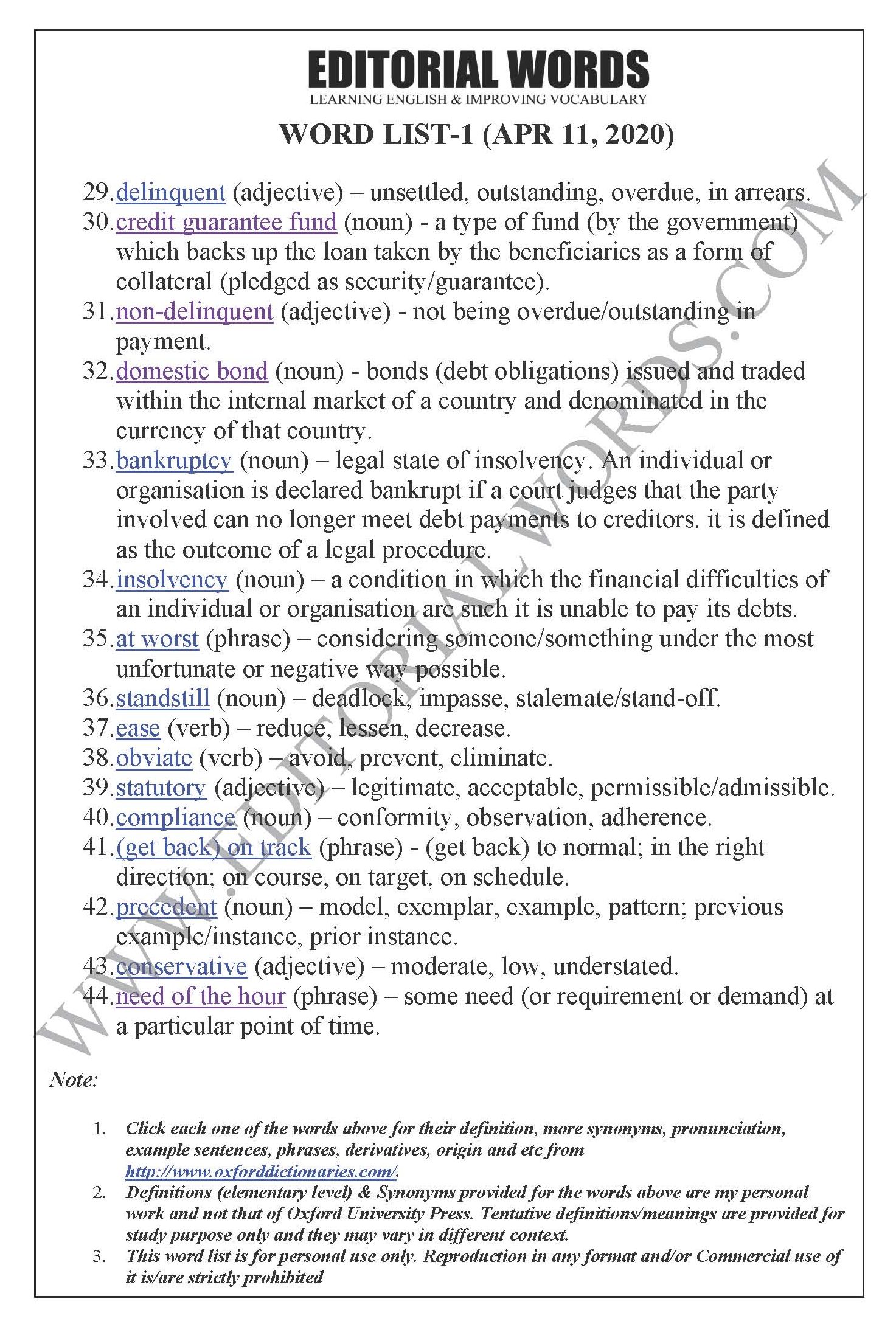