The decision by global watchdog, the Financial Action Task Force (FATF), at its plenary in Paris last week,… For further reading, visit “The Hindu”. Below is today’s word list-1 for The Hindu Editorial (Keep up the pressure) – Feb 24, 2020. 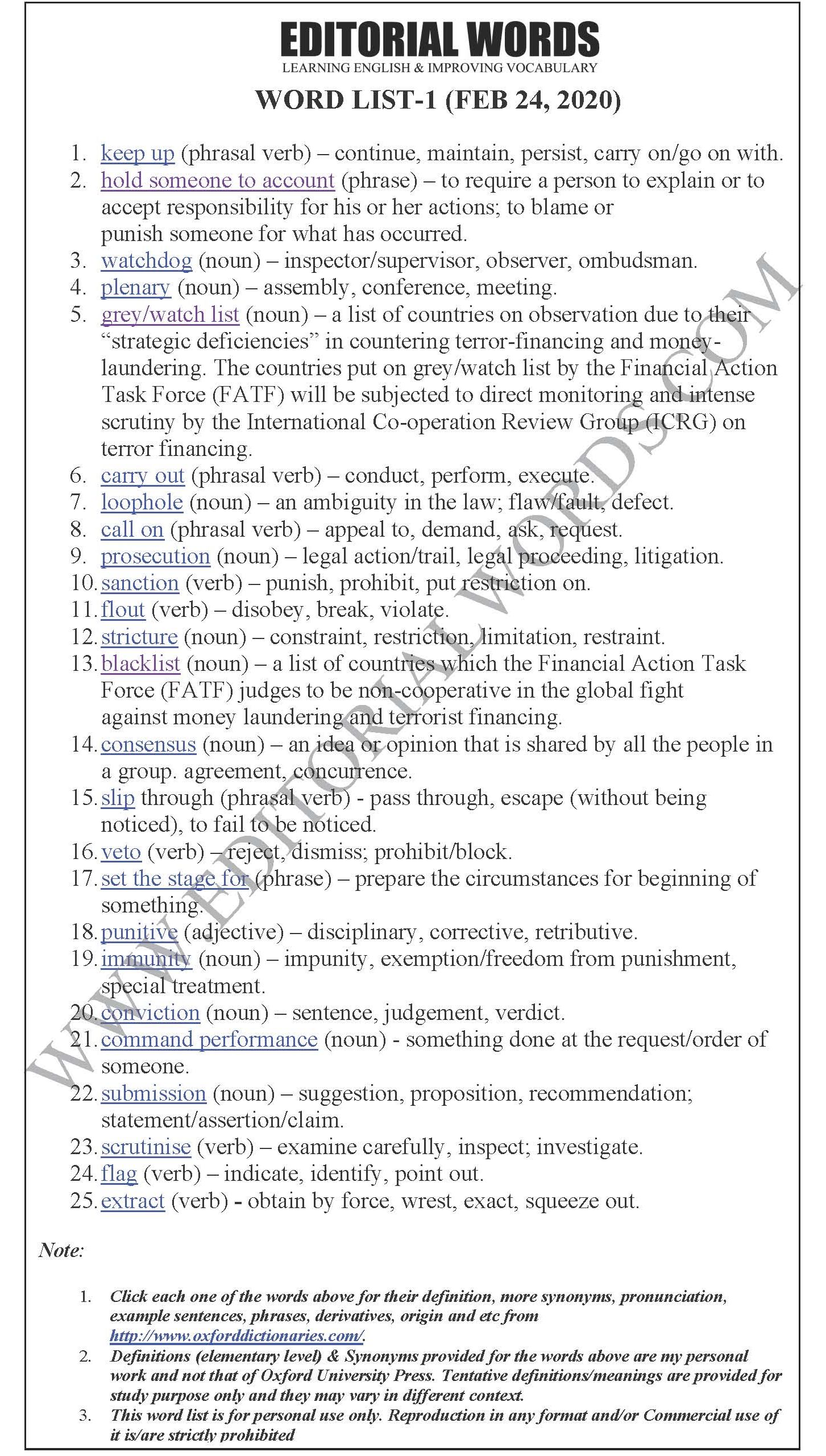